Ewen Chia has been marketing on the internet since 1997 and is widely regarded as one of the early internet marketing pioneers.

Ewen’s mission is to teach internet entrepreneurship and internet marketing as a vehicle for business building, branding, income generation and lead generation.

Ewen holds a B(Sc) Management Honors degree from the University of London. After graduation, he held a sales and marketing job, struggling to make ends meet just like every working person. Striving to earn extra income, he started learning and experimenting with the internet business in 1997.

For 5 full years, he worked on his internet business part-time, every single day from 11pm – 2am while still holding a full-time day job.

Ewen was extremely motivated to succeed to build a better life for his family and to clear credit card debts. After many years of perseverance, he finally started to make money online in 2002 and has been doing so every day since then.

From his experience as a self-taught internet entrepreneur, he decided to teach individuals and companies how to use the internet as a business and marketing medium. Ewen created many proven programs, both online and offline, to make the learning of internet business and internet marketing available to everyone.

Ewen is passionate about teaching the internet business because it can truly help people to live a better lifestyle with more time and money freedom. He believes that anyone who is willing to learn and put in the effort can change his or her life with the internet business!

Since starting as an internet marketing pioneer in 1997, Ewen has definitely come a long way.

Today, he is one of the world’s most famous and respected internet marketing experts. He is often called upon for his ingenious marketing advice, especially in the areas of affiliate marketing, lead generation, product creation and branding.

Ewen is often called the “World’s #1 Super Affiliate” and his name is synonymous with Affiliate Marketing, although that is not all he does.

Widely acknowledged as the “secret weapon” of many internet marketers, he has the uncanny ability to trounce the competition and take on the coveted #1 reseller spot in almost every marketing rollout if he wishes to!

#1 International Best-Selling Author Of “How I Made My First Million On The Internet and How You Can Too!”

When Ewen wrote and launched his first ever print book called “How I Made My First Million On The Internet and How You Can Too!”…

The book made internet marketing history by being the FIRST book about the internet business to debut at the #1 WORLDWIDE BESTSELLER LISTS on Amazon, Barnes & Nobles and many online bookstores at the same time – all in just 24 hours of launch! 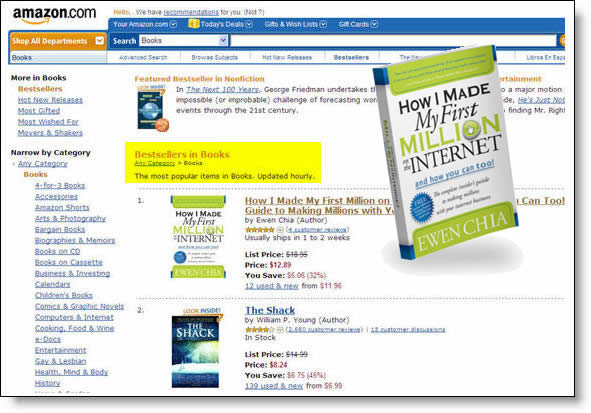 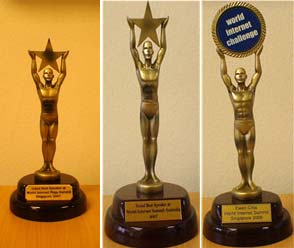 Besides running his many internet businesses, Ewen is also a sought after award winning international speaker, educator and trainer. He enjoys travelling the world teaching the internet business to anyone willing to learn.

He started conducting offline training in 2006 and has thousands of successful students in over 13 countries!

He was also awarded the world’s first internet marketing trophy, “World Internet Challenge” and “Best Speaker” prizes. Ewen had even conducted a LIVE demonstation where he made US$80,000 in just 3 days from the internet – all in front of a 1,000+ audience!

Some Of Ewen’s Achievements Over The Years

The above are just some of Ewen’s internet projects and you’ll definitely see more from him soon.

For now, remember to download and READ his ebook, “Make Millions Online” from EwenChia.com